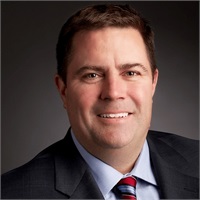 Vince Sturm began his career as a financial advisor after spending eight years as an accountant working long hours away from his family.  He made the decision to become a financial advisor and joined Waddell & Reed 1999. Vince has been a life-long entrepreneur. In his youth he had a paper route, a part-time job at eleven, shoveled snow, and mowed lawns for neighbors. These jobs lead him to the creation of a landscaping and lawn care company which he sold in 2001.

He understands the value of a close-knit family which was what prompted him to leave his career in accounting and set out on a course that would allow him to be completely present for his family, contribute as much as possible to his community, and work with others helping them to create a life of financial security and goal achievement.

As an independent financial advisor, Vince was blessed to be able to coach his son's baseball and football teams for over a decade. This year, his oldest son Alex, who recently graduated from the University of Iowa with a double major in finance and leadership management, will be joining Vince in the family practice. Vince’s youngest son, Aaron, attends the University of Iowa and is working on a degree in business analytics. His wife, Kris, taught preschool for twelve years and raised both boys as a stay at home mom. His personal life mission has always been to provide for his family, get his boys through college with no debt giving them every chance to succeed and lead a happy and meaningful life, and contribute to his community. Vince is a member of the local Kiwanis Club and works with organizations that support disadvantaged children. He also works with the local animal shelter.

When not in the office, Vince can be found on the many bike trails near his home in Clive, Iowa, reading, or on the golf course. He and his family are avid card and board game enthusiasts.

Let Our Family Help Yours